My favorite things about Montreal were the food and the overall big city vibe. We spent two days here, so we really just scratched the surface of all that Montreal has to offer. A haven for foodies, you could spend many days here just eating. It reminded me a little bit of a smaller Manhattan. Especially coming from the semi-quaint Quebec City, it felt a lot bigger. It’s not difficult to get to at all from Boston, and was very affordable , so would be a great option for anyone looking for a quick weekend away.

Bota Bota: An on point spa built into an old ship in Montreal right on the St. Lawrence river. Spent an entire afternoon there. You can pay a flat rate to get in and use the pools, and then can get added services on top of it. So we went and alternated between the water circuit, and the saunas/steam rooms. The water circuit consists of alternating between hot baths and cold baths. The cold bath was like jumping into the New England cold Atlantic ocean, then there were outdoor hot pools that you would switch into. Then you can mix in a sauna/steam sesh and repeat. It was probably around 50ish degrees outside. After the water circuit we also splurged on massages which were delightful. They also had a bar/restaurant on site. Definitely would do this again.

Mile End Food Tour: This was a food tour through the Mile End neighborhood. I was a big fan of the neighborhood. It felt neighborhoody but had a ton of restaurants and was not built of sky scrapers. For some reason I dressed like a fool because I thought it was warmer out then it was and so I didn’t bring a jacket and suffered the whole time.

Some interesting tidbits about Montreal we learned on the tour:

Stops on the Tour Included: 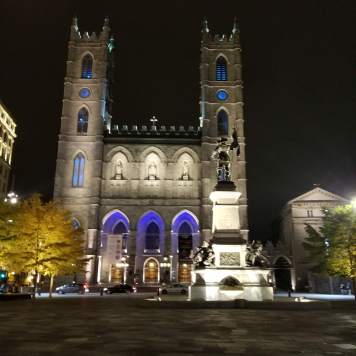 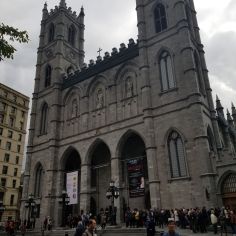 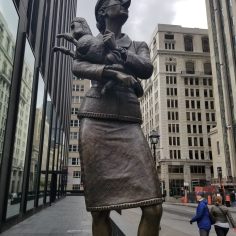 Notre Dame Basilica: We kind of fudged up on this. We planned to see it on the way out. When we got there they charge to get in and we didn’t have any Canadian Money on us. Wouldn’t have been that difficult to go to an ATM but the line was out the door and we were both fresh out of patience. Got some great pictures of the outside though! On the list for next time. We did, however, get some excellent pictures of it at night, it looks ~spectacular~ at night lit up. 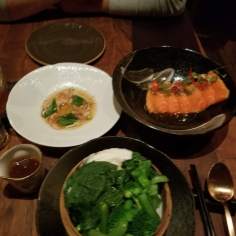 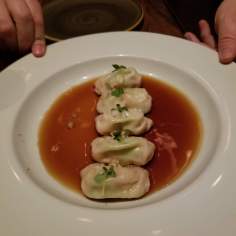 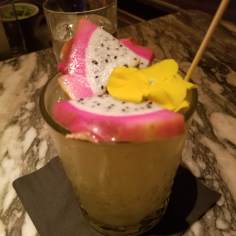 Jatoba: This was actually kind of a miss. It was an Asian Fusion tapas type place. The food was really good, and the drinks were really good and interesting. This was the kind of place you could spend $500 and still not be full so you have to call it a loss at some point. It forced us to go on the search for late night food, which was a little tougher than expected since it seemed most places shut down by 11:00 on a Thursday. So we had to cruise around for a bit, and we ended up with some Saki and Chinese that held us over.

Le Capital Taco: Good and fresh tacos in a casual atmosphere w/ a small menu. Good fresh margs. Nothing to complain about here.

Le French Quarter Bistro Jazz: Something came over me and I had a craving to listen to live Jazz music after Capital Taco. We walked in just as the music was winding down, but it was a cool place with great drinks and a great DJ. It was right near the Notre Dame Basilica, which was awesome to see at night.

Like I mentioned, so many stones unturned here, since we were limited by the time we had we only got to a couple of places, but I would love to go back and try many more.

Montreal AirBNB: No frills studio in an apartment building. Got the job done. Had a good location, had parking, and was very cheap ($60ish a night).

Location: At the corner of St Laurent Blvd and St Catherine St. It was near China Town. This was a good enough location in terms of proximity to walking around things. Seemed like some slightly sketchy areas near by, but plenty of restaurants and what not nearby as well. We were only here two days, so it wasn’t enough time to really get the lay of the land in terms of where to stay/where not to. We got around easily by walking and took a couple of short uber rides.

Was it Worth it? Yes, I would definitely go back. Josh didn’t love it, so for people that aren’t fans of big cities, it might not be the move. I found myself looking for reasons to come back, such as wishing I had a cousin or someone I knew to visit @ McGill University. We didn’t really tour it, but the ideas of it just makes it seem like a great place to be for a college kid. The cost of housing is super cheap, the drinking age is 18, and there is a big city full of places to eat. I also wish they still had a baseball team, because it would be a great place to go for a weekend when the Red Sox were playing. Maybe sometime will visit again for a hockey game. Until next time Montreal – I will come hungry!

This site uses Akismet to reduce spam. Learn how your comment data is processed.